Work From Home Works Until You Need Time Off – Nextgov

Work From Home Works Until You Need Time Off… 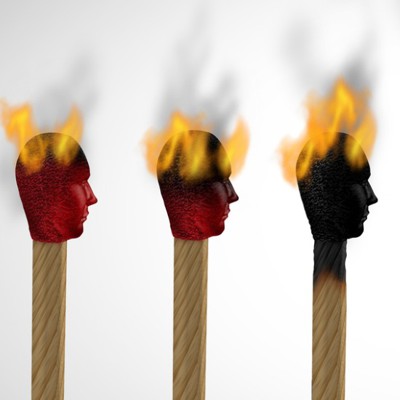 The change started about a year ago. I had just finished cooking my Thanksgiving turkey. I’d picked up smoking meats as a hobby during the first year of the pandemic, but that day, I couldn’t really taste much. Later that night, I wasn’t able to smell anything. Soon I was quarantined in a room in our house. For 11 days my wonderful, patient wife would bring bottles of Pedialyte to my door. I was scared. I was in pain. My internal temperature oscillated between freezing cold and boiling hot. My brain felt like it was bouncing around in my skull. And yet, I grabbed my laptop with the urge to work.

I timidly emailed clients to let them know that I had COVID-19 and would “be up and running in a few days,” asking them to be patient with me. I was terrified to dial back my workload even a little. I had acted this way ever since I started my own remote business in 2012. Thanks to two customers who had been particularly cruel to me—one screaming at me for my brief absence during a product announcement because of a surgery, and another for missing a single meeting after a car crash—I’d long ago decided that being sick was an insufficient excuse to not work. After all, it was so easy to just open the laptop and keep typing.

[Derek Thompson: Winners and losers of the work-from-home revolution]

I expected my clients—even in the midst of the pandemic—to respond with disgust when I told them I needed to slow down. Instead, I received numerous emails telling me not to worry, and that their business would be there when I got back. I delegated tasks to some of my team, apologizing profusely, to which they said that I should go back to bed. This is the same way that I treat my employees when they’re sick, telling them to get off Slack and sending nice but firm reminders to rest when they answer work emails. But I have long struggled to internalize these same messages. Before the onset of the pandemic, I had, in the space of eight years, taken a pathetic 35 vacation days, or just more than four days a year, excluding weekends but including sick days.

Contracting COVID-19 was a turning point in two specific ways:

For similar reasons, I’d never really considered the idea of burnout until the end of last year. I didn’t realize how the accumulation of mental stress could affect me, because I didn’t perceive my stress as real. I refused to see that I’d taken on way too much. I told myself I was lucky to work from home, to work out from home, to write a newsletter five times a week, and I thus did everything I could to fill every minute of my working day. I eventually hit a wall when I found myself apologizing to random Twitter users for not publishing a free newsletter, and forgetting to do things that were otherwise elementary to me. I was burned-out emotionally and mentally, which eventually translated to physical burnout, which eventually stopped me from exercising, which made me feel bad.

In time, my wife said: “Hey, maybe you’re burned out.” She insisted that we take a trip. I agonized over the days I’d spend away from work, idiotically worrying that my company would collapse, and she said that it would be fine if it did, that we would survive, and that she loved me. Although this wasn’t exactly what I wanted to hear, it was definitely what I needed to hear. Despite how “easy” it may be to log on and start typing while on vacation, that was still work, and although the actions of work may feel easy to do because you don’t go to an office, they still exhaust you. As with taking time off to deal with COVID, taking an actual vacation somehow did not bring the world to a stop.

[Read: Only your boss can cure your burnout]

Over the years, I have felt privileged to run my company from home, and have powered through numerous colds, sicknesses, and varying levels of burnout, likely exacerbating and prolonging my suffering because of my own stubbornness. I told myself that I didn’t work in a factory, I didn’t have to be on my feet all day, and I was being a lazy ass if I complained. But COVID and my wife’s intervention made me realize that the flexibility of working from home—something I continue to evangelize—was starting to feel like a productivity trap.

We need a solution for the intrinsic tension that exists in both the beginning and end of our workday, and the murky terms under which you “can” be sick or burned out. It’s hard to articulate what a remote worker does when they’re sick. You’re not really “staying home” when you already usually work from home, and if work is right there, you have to stop scratching the itch that says It’s just one email. It won’t take long. (To be sure, this is a problem that also applies to working in an office; before launching my own company, I’d get endless requests on my work email—connected to my smartphone or personal laptop—and still found myself checking on work stuff all hours of the day.)

Physical sickness is one thing, but, as a worker problem, burnout is significantly more insidious. I’ve previously written about how it isn’t simply a case of being tired, but the result of feeling overloaded, helpless, and hopeless. It isn’t just too much work, but the sense that it will never end, that you will never get relief. Americans view burnout as a problem that’s fixed by the boss but blamed on the worker. Companies love to tell workers to practice “self-care,” or to meditate, or to “take some time off” rather than evaluate what’s causing them to burn out in the first place. In my case, I am the cause of my own burnout, because I have chosen to put the largest burdens of the business on myself and I control the flow of work to other people. I remind myself that the boss, not the worker, controls working conditions, hours, responsibility for failures, accolades for successes, and so on—these are all factors that contribute to burnout, and companies have tried to obfuscate their direct role. In response, many white-collar workers in industries such as media and entertainment are staging union drives, for both higher salaries and better working conditions.

Earlier this year the dating app Bumble gave employees a week of paid vacation to “deal with burnout.” This is a lovely idea, and, taken at face value, it’s a generous olive branch. But the plan has one fatal flaw: By having everybody off at the same time, you’re just delaying work that needs to be done, rather than relieving people of work. With this approach, an employee’s burnout won’t be solved, because you, the boss, are not solving it; you’re simply putting it off, which is how a lot of corporations seem to deal with their workers’ problems in general. If companies want to stop burning out their employees, they need to mandate when the workday begins and ends, and make clear that there is no punishment for “missing” an email outside of working hours. Nobody should be hearing the nasty little pop notification from Slack after dinner, and nobody should be sending, unless absolutely necessary, a single email outside of those hours, especially on weekends. When I say this, I do not mean that someone can send an email on Sunday disclaiming, “You can reply to this Monday”; I mean “do not send weekend emails or messages at all,” because it is anxiety-inducing to know that something is there you can’t do anything with, or that you feel compelled to respond to.

The problems I’m highlighting aren’t really inherent to remote work but exacerbated by it. My first boss in PR—back in 2008, when I worked in an office!—would send noxious emails at all hours of the day. Old-school management culture may want us back in the physical office, if only to keep tabs on what we’re doing. Even though we appear to be coming out of the worst of the pandemic, bosses will still bug you with emails when you’re on vacation, or text you with a “quick question” that “will just take a few minutes.”

Companies would be smart to reconsider standard working hours, and to apply parameters rigidly. Remote workers are putting in longer hours in part because it’s that much harder to stop—you’re already home, you don’t need to commute, and so on—and because management has been taking liberties with digital communication, as it has for years. Research shows that we naturally overestimate the expected urgency of our responses, and thus we’re going to want to respond to things as we receive them. The idea that we could get an after-hours email is enough to give us what the Virginia Tech researcher William Becker calls anticipatory stress—that in order to excel at our job, we must always be ready to read and respond to a work email. Again: This is not a worker problem; it’s an organizational issue that can change the moment a boss wants it to change.

In my case, I’m the one who sets policies and boundaries, and although I might be generous and careful with my expectations of others, I’m still learning to set them for myself. My workday may end at 5 p.m., but I still find myself checking emails many hours after that, ever ready for something to happen to prove my anxiety right—that if I look away for two seconds, everything will fall apart. But I’m slowly learning that a few hours, or a day, or even a week away won’t bring the world to an end, and that those emails will be waiting for me when I’m done relaxing.

This article was originally published in The Atlantic. Sign up for its newsletter.