Yes, I’m a WFH wastrel. And it’s no less productive than working in the office – The Guardian 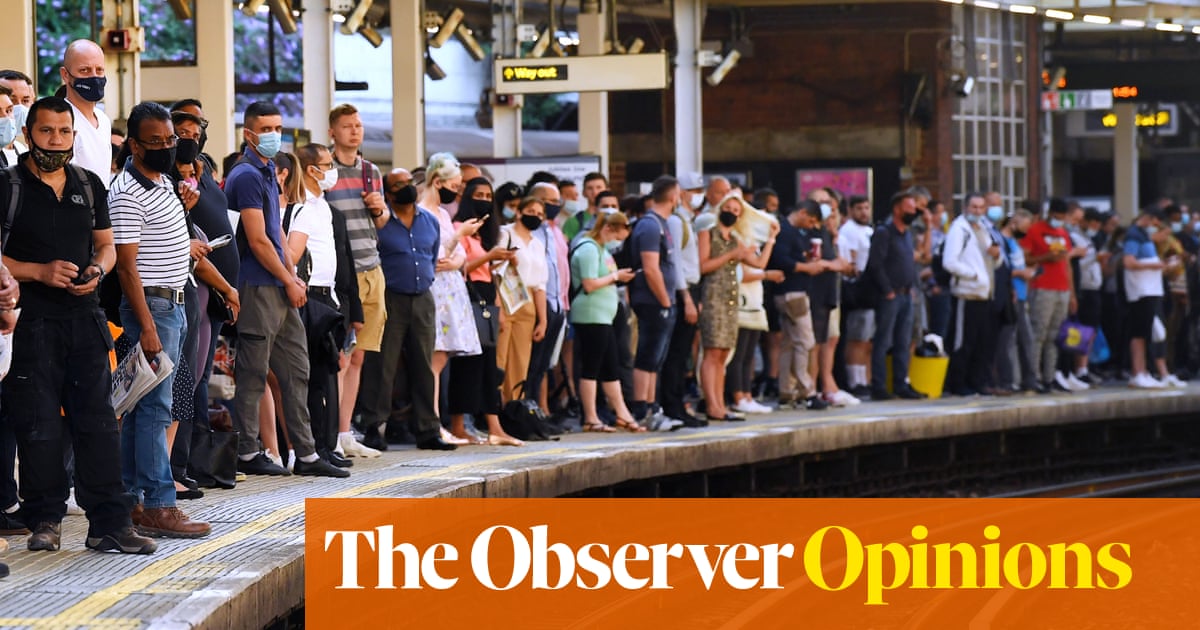 What has been the British government’s biggest mistake since the war? For Charlie Mullins, the boss of Pimlico Plumbers, the answer is obvious: letting people work from home. It’s a surprising line from a plumber. Surely homeworking has been a bonanza, with central heating being run all day, domestic loos in constant service, and dishwashers flogged like oxen? Not to mention people kicking bits of pipe in frustration when they read news stories. Even better, when the plumber comes, someone will always be in. Turn up any time between 9am and 5pm, Monday to Friday.

In fact, Covid could have been engineered by plumbers. Can it be a coincidence that Mullins recently sold the company for somewhere north of £120m?

His remarks were echoed on ITV’s Good Morning Britain a couple of days later by businesswoman Tina Knight, who said that the rise in working from home was setting a “bad example” to children. Speaking personally, Tina’s comments were a wake-up call. I realised that until then, I had probably been one of these problematic home-workers. I would typically wake around 11pm and begin the day with a game of Russian roulette, making sure not to brush my teeth or floss.

After that it would be time for the first drink of the day, usually a can of Carling, while I sent my daughter down the road for some fags. At 18 months she is old enough to buy them but still needs someone else to light them for her.

As a reward I would let her drink a litre of Pepsi and settle in with an ultraviolent Korean revenge horror. Since reading Knight’s comments, however, I have decided to be more mindful about the example I’m setting. I sit down at my desk at 8am and work until 5pm. Sometimes I go for a short walk.

Nobody is more self-deceitful than the office worker, all of whom are complicit in a grand conspiracy – some call it “being men” – to convince those working at home – women, for most of history – that being in an office is more difficult and important than anything that takes place at home.

It was always nonsense. The pandemic has simply lifted the veil. If the average child were to accompany their office-bound parent, by teatime they would be requesting a transfer to a different family. They would see sad figures trudging to transport hubs, perhaps via the first of the eight coffees a day they need to feel alive.

They would spend the commute browsing trousers, looking at pictures of their enemies, or playing phone games about exploding sweets. The truly ambitious might listen to podcasts about billionaires’ gym habits or how celebrities overcame their fear of spiders. Others simply stare out of the window of the tube, peering into the void for a glimpse of their reflection.

Once these grey automata make it to their building, they spend half an hour taking their coat off, going to the loo or getting another hot drink. By the time they have sat down and sent a few emails, it is time for the first pointless meeting of the day. Then it’s lunch. The afternoon typically passes in a mix of pointless meetings, pointless emails and other hollow diversions.

This isn’t to say that these activities aren’t open to the home-worker – they are. But at least at home, time wasting is obviously just that. In an office, surrounded by clacking keyboards and the hum of industrious photocopiers, time wasting can feel a lot like work.

Americans are quitting their jobs in record numbers. It’s not difficult to see why. Going to an office can be enough to make you feel like part of the world economy. Without the office environment to create the illusion of productivity, more of us are stopping to have a think about our options. Maybe there is more important work out there. Maybe, by working at home, we can save some time to hang out with the kids, or at least read on the internet about how to set a good example.

Until then, my child will see a man in a chair at a keyboard, looking out at the rain and vaguely wondering how he is going to pay for everything. The office fetishists might not like it, but there could be no better preparation for life in the remainder of 21st-century Britain.